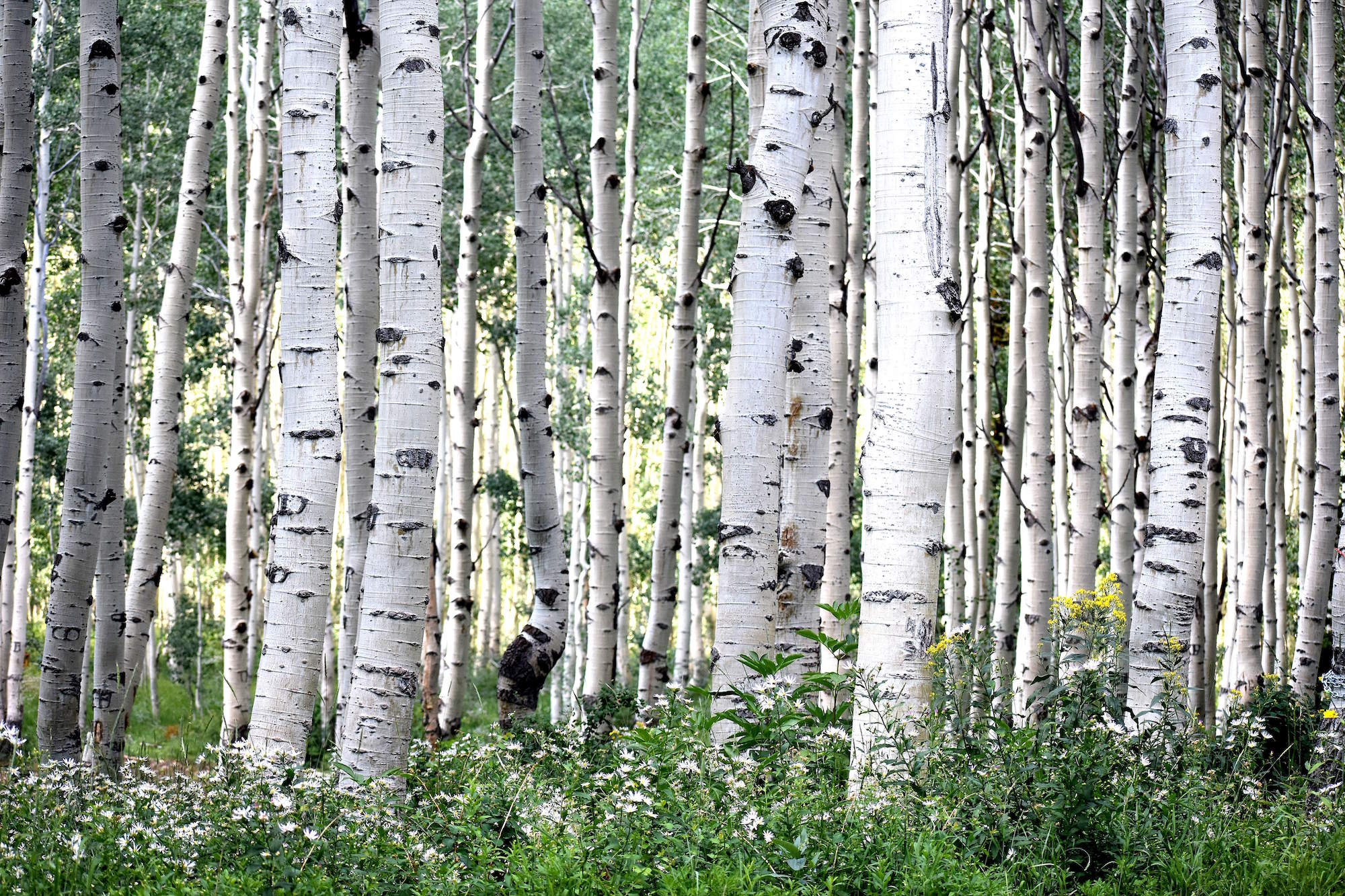 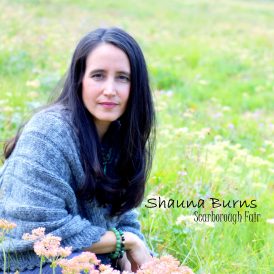 Feature
‘Weekend is here again. What can be better just forgetting about life’s hectic schedules and just listen to music or going some place where the grasses are green and the sun never sets. Here is one American artist and her name is Shauna Burns. She is the Celtic Tori Amos with a flair of Loreena McKennitt’s penchant for rousing the ancient spirit. Two full length albums from her are available: Anamnesis and The Moon and the Fire Circle. You can learn more through her official MySpace page. Enjoy your tea.’ – The Celtic Music Fan

Listen to the interview with ‘Crazy John’ on OSH Radio.

Listen to the interview with Barbara Bruce’s show Believe.

Shauna Burns talks to Rockwired about her latest EP Anamnesis, doing Renaissance Fairs and her ambition to be a voice on King of the Hill. – Brian Lush, Rockwired

‘I really liked the look of Anamnesis, you have to work a little bit to get inside (and to pronounce it!) but I wanted a word that would connect the idea of memories and senses. When I read the classic definition it just felt right.’ – Exclusive Magazine Interview – by Russell A. Trunk

‘Shauna surrounds herself in the studio with the familiar scents and sights of home, where she composes most of her music. In front of the Yamaha C7 grand piano at Spiral she places photos of loved ones, pets and places. Shauna believes that every song has its own unique frequency… a frequency that is partially formed through her own creative process and partially transmitted through her, as a property that belongs to the song itself.’ – Spiral Studios Interview

Anamnesis Reviews
‘Lush electronic and acoustic arrangements are combined to provide the foundation for Shauna Burns’ voice in the gently delivered and progressively styled opening track ‘Smell.’ The well-executed textural change between the chorus and verse is tremendously dramatic. The rocking electric guitars in ‘A Letter’ work perfectly with Shauna’s percussive Tori Amos-styled piano work. And in fact, this upbeat track is certain to draw many double takes from staunch Amos fans, especially with Tori’s brand new release. The instrumental bridge has a wonderful piano solo. Much gentler and sung atop a lone piano, Shauna delivers in her own distinct vocal style the sensitive ballad ‘Wind.’ We especially appreciated the stark combination of piano with Shauna’s voice in this lovely mid-EP track. The album’s standout is ‘Driving For.’ The light arrangement with crisp percussion and rhythmic piano perfectly supports Shauna’s evocative vocal delivery. While a light harmony layer sneaks in from time to time on this EP, including this track, Shauna’s lead vocal is typically sung solo. ‘So tell me …’ is the EP’s closing track. The darkness of the piano-based ballad is underscored by string parts. Anamnesis is a lovely five track collection that will tide Shauna Burns’ fans over until her next full length release. The album is available from a variety of online outlets. With this short playing release, the artist shows us that she has clearly established her stride, audience following and musical style that will continue to build and draw interest from enthusiasts worldwide.’ – Musical Discoveries

‘The new 5-song EP by Shauna Burns is an intended continuation of her 2008 full-length album, The Moon and The Fire Circle. Anamnesis is her latest Pop effort that is saturated with melancholy with the loss of love, its lingering memories, and other very personal thoughts encapsulated within perfect piano-driven songs. What makes Burns’ dark pieces work so well are their atmospheric compositions. With haunted vocals, effectively ethereal music, and a delivery that makes you believe every word, Anamnesis is a fantastic work. The first song, ‘Smell’ is well crafted with its pained recollection of something lost, never to be found again. It’s serious enough to grab you into its depths and keep you there. It’s followed by the sprightly ‘A Letter,’ softened by the lyrically minimal ballad, ‘Wind,’ and then crowned by the remaining two, (the extraordinary release of ‘Driving Far,’ and the heart-rending ‘So Tell Me…’). Anamnesis is a stunning work of an artist in full control of her art. With music above much of what we hear today, the sound of emotional outcry, and intriguing lyrics, Shauna Burns is a singer-songwriter that should be in the full view of an appreciating public. Shauna Burns is very highly recommended.’ – Matt Rowe, Music Tap

‘Shauna Burns has created a haunting masterpiece with her five-song EP titled Anamnesis. Each track builds on the next one giving fans a wonderful taste of what Shauna has to offer. What is especially appealing about Anamnesis is Shauna’s dynamic voice that will instantly melt your heart when you hear her sing. Another strong aspect about Shauna’s Anamnesis is the incorporation of piano that helps fuse a unique sound. If you are a fan of Tori Amos and other powerful female Singer/Songwriters like Tori, then Shauna Burns will be a welcome addition to this list of great female artists. The EP is an achievement of one’s vision. Shauna will mesmerize you the very moment you hear her sing. Anamnesis gets a well-deserved A+ – Go out and buy this CD already, you will not be disappointed!’ – Isaac Davis Jr, Junior’s Cave

‘The ethereal feel to the opening track on Shauna Burns’s five-song EP, Anamnesis, is genuinely uplifting, with a warmth and richness brought to it by Burns that many artists only dream of possessing. ‘A Letter’ turns the volume up a little more and is very Tori Amos-like, with adept piano work exhibited. ‘Wind,’ my favorite track on the CD, was a standout that brought out the best in Burns’s voice, which here sounds simultaneously soft and powerful. And ‘Driving Far’ is altogether different, with more of a grown-up pop element infused in it, similar to the work of artists like Kate Bush. Overall, Anamnesis is beautiful work, and Shauna Burns does the singer-songwriter genre proud. I wish there were more artists like her working today.’ – JC Chute, The Celebrity Cafe

‘Anamnesis (Ancient Greek: ‘recollection, reminiscence’ literally ‘loss of forgetfulness’) is a term used in medicine, philosophy, psychoanalysis and religion. So how does this term relate to Shauna Burns and her new EP? Ms. Burns is never one to bring something to the table that is simple and clearly defined. She opts for the complexity of the inner sanctum we call the mind. Within that entire process are her words and music that will instantly transport their way there into where your thoughts may be lingering and festering, in need of nourishment. On this five song EP Shauna Burns reminds us of her haunting and beautiful vocals and how easy it is to be entranced by the musical web she weaves with a fascinating blend of folk, Celtic and rock music. Each song seamlessly leads to the next inviting you in and becoming intrinsically connected to one another. Before you know it the music stops and you wonder where the time went, it is like a bat of an eyelash, a spec in the universe that came and went. Even though Anamnesis is a short journey Shauna Burns makes the best of her time once again and delivers the goods in convincing fashion. One can only hope that this is a precursor to something bigger right around the corner.’ – Keith ‘MuzikMan’ Hannaleck

‘We here at Collected Sounds have been following Shauna Burns for years. What’s really cool is to see an artist evolve from record to record. In my review of her last record, The Moon and Fire Circle I mentioned that her songs sounded similar to each other. But when it’s gorgeous I don’t mind. However, on this EP, she really stepped out of her comfort zone. These songs are not samey at all. I think you’ll like this one even if you loved her previous records, it’s different but no less enchanting. I mean, it’s still Shauna right? Oh and did I mention her hottie new look? Yeah.’ – Amy Lotsberg, Collected Sounds

‘Anamnesis, which means recollection, is a five-song EP that offers an introspection into the five physical senses. Marketed as sequel to her previous release, The Moon And The Fire Circle, Anamnesis is an excellent achievement and a wonderful continuation. Fans of Tori Amos, Kate Bush and Amy Lee of Evanescence may find similarities but Burns fuses cascading piano and a dynamic voice to come across as slightly more uplifting while remaining genuinely sincere. There is a semblance of broodiness and the lush arrangements to be expected of fans of her peers, but Shauna Burns stands ably on her own and this EP is a definite five-star recommendation. Give it some alone time and immerse yourself in it and realize just how special Anamnesis is.’ – Brooke Horrocks, SonicJive.com Music Reviews

‘The creative process of Shauna Burns is fascinating, and her newest EP, Anamnesis, which means ‘recollection’ or ‘remembrance,’ is set to hit the music market on April 14, 2009. Though this is a short collection of works, Anamnesis can be seen as having depth and layers, and develop a more structured and contemplative sound, complete with various other instruments and electronic loops added by producer Steve Lemmon. Some things are just sweet when they are short. This particular EP happens to be one of those.’ – L Anne Carrington